My name is Marcelle Wilsnach. I’m 40 years old, and on the surface, an ordinary South African not unlike many others. I am also unique and am one of a very small, yet special group of people. I am a survivor of the Westdene Bus Disaster in 1985.

I was fifteen years old at the time, and was a regular commuter on one of four buses that were utilised by Vorentoe High School to transport pupils to and from school. These buses were Johannesburg Municipal buses. The school would come out at 13h15 every afternoon, and depending whether you lived in Newlands, Melville, Triomf or Westdene, you would take your bus and go home. On the afternoon of the 27th of March 1985, the routine was exactly the same as it would have been on any other school afternoon, with no indication whatsoever that it would forever change the lives of all of us forever.

The four buses started off, with the ill-fated bus last in the row. This order was strictly adhered to and never varied. We turned right in Perth road, and left again in Lewis road. The driver stopped at the first bus stop at what was then an old Trek Garage. He then re-entered traffic, picking up speed as he went. By the time we reached the dam, he was going very fast.

What happened next is still, after all these years, very difficult to explain because it still feels very surreal. The bus suddenly veered to the left and it was the strangest sensation as we saw the dam wall getting further away from us. We literally flew through the air for about 30-40m before settling parallel to the dam wall.

I remember the screams and the feeling of utter disbelief. I don’t think anyone could process what was happening. Pieter Koen, another boy and I climbed over the back seat and attempted to kick out the emergency exit windows, but if ever a myth was rudely shattered, it happened in that moment. None of the emergency windows even budged an inch. We stopped in time to grasp a final gulp of air and then the water was over our heads and it was silent.

I shall briefly attempt to describe the scene under water: The Westdene Dam is fed by about seven fountains or so, and water run-off is collected here as well. The water is extremely muddy and murky. Visibility under water is about 30cm. The water is ice cold, and numbness quickly sets in. While I was under water I felt other children’s hands and arms across my body. I managed to move towards the window I was sitting at. The top slide window was stuck when I got in the bus, but when the bus entered the water, it broke on impact. I broke out the remaining shards and eventually managed to get out that way.

It was much later that I heard that Pieter Koen went back five times to pull children out. On the sixth attempt he drowned. He later received the Wolraad Woltemade Award for Bravery Posthumously.

There are still many unanswered questions from that day. I don’t know whether people have ever bothered to investigate or even find the truth, but now, 25 years later, I still hold to the belief that many more lives could’ve been saved that day if a number of things worked as they were supposed to.

1. It is a recorded fact that the rescuers had immense difficulty in extracting children from the bus. Rescuers had to use hammers and metal pipes to break the side windows. They couldn’t budge the so-called back emergency windows.

2. To give you an idea of how quickly the bus filled with water, ponder this: From the moment the bus entered the water, until the water rushed into the top level, only 60 seconds.

3. Medically, an average person might hold his breath for about 2-3 minutes under water. If you’re desperate, you might reach three and a half minutes.

4. It is my firm conviction to this day, that had we been able to kick out that emergency window, a lot more lives would’ve been saved. A minute stood literally between life and death. It would’ve made our lives easier in getting out, and it would’ve given rescuers that precious few seconds to save a life.

To this day, I’m amazed to read that people still have problems exiting through the emergency exits in cars and buses. And I wonder why? Why is it that manufacturers are prepared to omit a basic safety feature to save money in order to make a bigger profit? Why is it that they will fight to the death to prevent a better, safer way of doing things to be implemented? Is a life worth so little? Have we become so desensitised and callous that a life does not mean anything?

To those people who refuse to improve emergency exit windows, or those who squabble about wording and costs, I would like to say this: 42 children lost their lives. A third of those children could’ve also been saved that day if access had been easier into that bus. If those windows had been kicked out, it would’ve made a world of difference.

I would ask them if they would still be willing to drag their feet had it been a son, a daughter, a brother or a sister that had died that day. And to those sceptics and critics who are now sitting back with folded arms who state that what I have to say is not based in scientific fact or engineering principles, I’ll say this: personal experience in a case such as this, will beat any science hands down any day of the week.

I would like to issue a challenge to those who still prefer to argue petty details: Visit the graves of those forty two children who had died, and then still try to justify the reluctance to put a proper standard in place, or engineer emergency exit windows so that they actually do what they’re supposed to do when there is a real emergency. Putting a sticker on something to say it is an emergency window, and then it is not, amounts to fraud.

It has been many years since the Bus Disaster, and most of us have moved on. I am a SHEQ Officer, so I know how important it is to maintain and implement Safety in the workplace, in machinery and in vehicles. I believe that if I’m serious about safety, and work hard at implementing the proper standards, my efforts can and will make a difference in the lives of the people I work with. Moreover, I believe that my efforts might just one day be enough to save their lives. 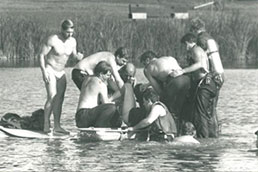 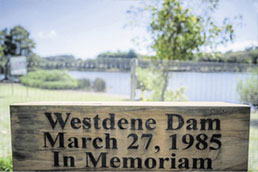 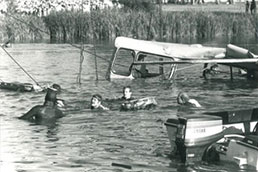 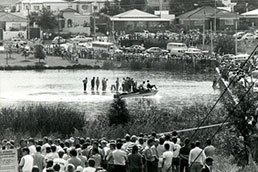 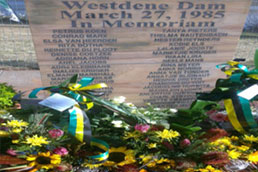 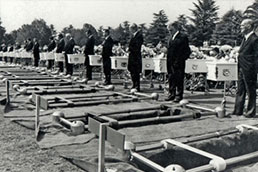 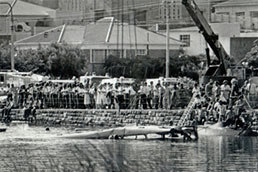 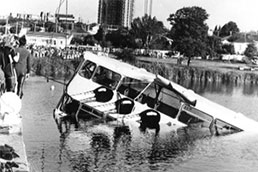